With Change In Queuing Process, Port Complex Reduces Ships Off Coast to 30 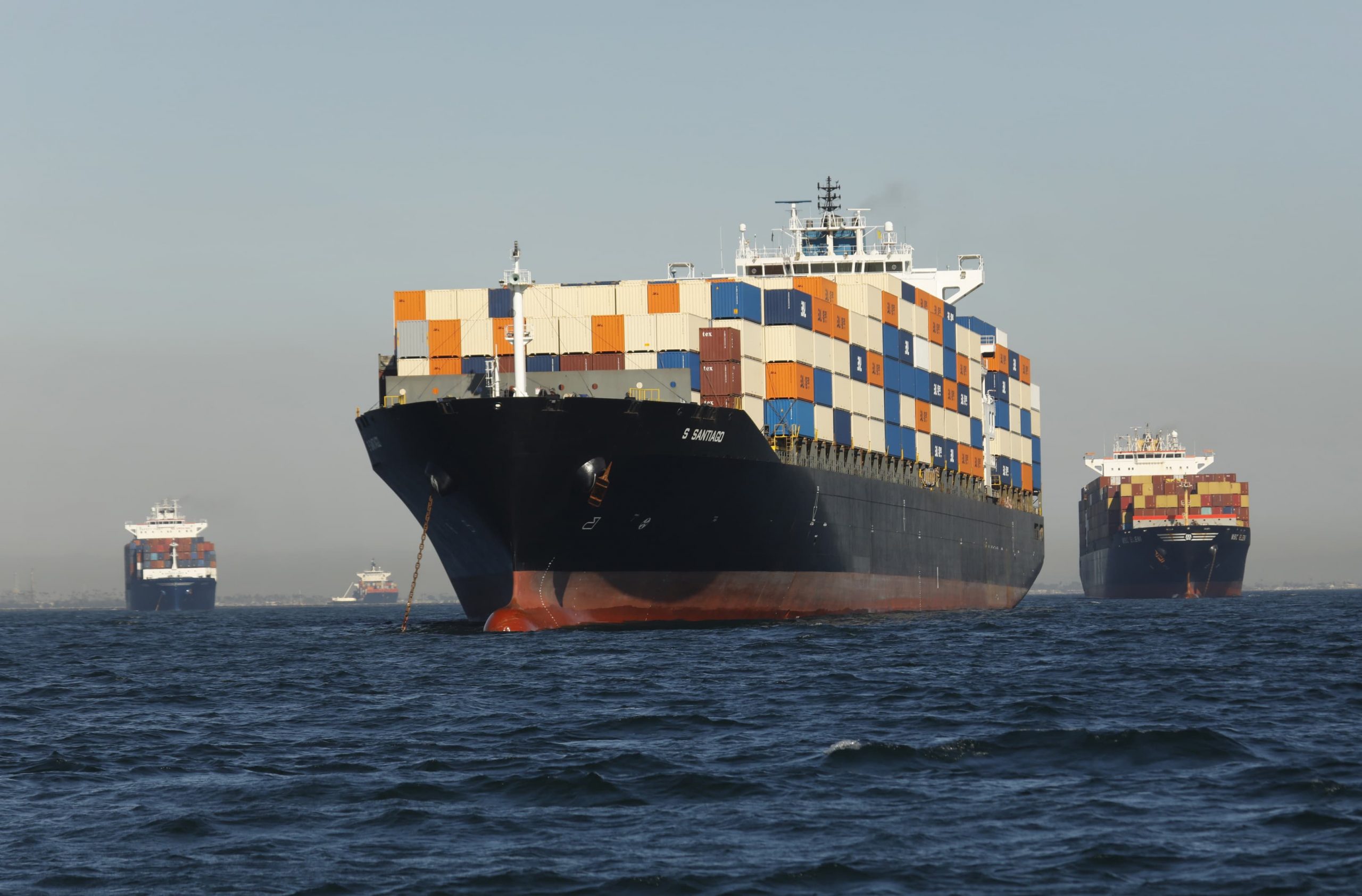 The Port of Long Beach announced Thursday that the San Pedro Port Complex reduced the number of vessels waiting at anchor right off the coast to 30, down from a high of more than 80 last month.

The reduction is credited to a change in the queuing process, now allowing ships leaving Asia to get in line upon departure. Port of Long Beach Executive Director Mario Cordero said this means ships are no longer racing to get to the port, and instead are anchoring outside of the region’s air quality basin as they wait for their turn to enter the port complex.

“We know that many of our people are concerned that ships waiting on the coast are contributing to air quality issues in Southern California. We understand the number of container ships at anchor on the coast should be zero,” Cordero said.

He said the emissions from the ships at anchor will be assessed during the port’s annual air inventory process.

Cordero added that the “Container Excess Dwell Fee” on companies whose containers linger at marine terminals has also been effective in getting containers out of the terminals, even though the fee has not gone into effect yet. The fee, announced on Oct. 25, has been delayed week after week due to a decline in aging cargo on the docks. Cordero said Thursday that the reduction remains at 37%, the same number announced on Monday when officials at the ports of Long Beach and Los Angeles announced the fee’s latest delay, with it now scheduled to take effect if necessary on Dec. 13.

Cordero reiterated that the port’s backlog is due to surging consumer demand amid the COVID-19 pandemic, as well as labor shortages experienced across the U.S.

“Consumers now shop 24/7. You can shop at 4 in the morning, you can shop at 10 p.m., and that technology and that online buying has increased by 20%,” Cordero said.

The port predicts it will have processed a total of more than 9 million cargo containers by the end of 2021, making it the busiest year on record. Through November, dockworkers and terminal operators have moved more than 8.6 million 20-foot equivalent units, which surpassed the port’s annual record of 8.1 million TEUs set in 2020.

Cordero said he hopes that the port will return to “some sense of normalcy” in the next six months, with an easing of the backlog after the holiday season. However, Cordero cautioned about future COVID-19 surges impacting that timeline.