“I had an out of body experience!” Davis said when he learned his work helping underserved students would be rewarded with the role of Super Bowl honorary captain.

“I love the opportunity to help other folks so I thought the best way to work in education was to also help and inspire.”

He inspires others as retention coordinator for UCLA’s VIP scholars program. 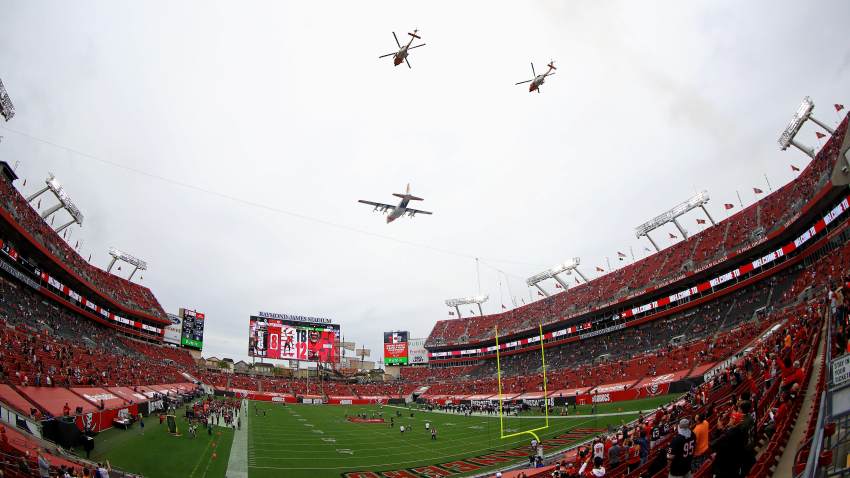 He ensures under represented students have the resources and the motivation to succeed in high school, college and career. It’s not just a job for Davis — it’s his passion.

“I don’t want students to ever think because they don’t travel a traditional way that they won’t be able to achieve what they want to accomplish,” he said.

He speaks from experience. Davis was raised by his grandparents whose formal educations stopped at the 5th and 6th grade. The Pittsburg, California, native was the first in his family to graduate from high school. He went on to San Diego State University where he was a founding member of the student African American brotherhood.

He received his masters degree and worked at Cal State Northridge, where he helped start the Black Male Initiative.

“By no stretch am I someone who is an incredible person that says, ‘Hey I know what we need to do,’” he said. “It’s been a village. I’ve always been surrounded by a village of incredible people.”

On Sunday, he’ll be next to another incredible person, Los Angeles poet Amanda Gorman. She captivated the nation with her original poem at President Joe Biden’s inauguration. The next poem she recites will pay tribute to the Super Bowl honorary captains, including Davis.

“I’m still speechless about these opportunities I’m receiving! To be in the company of someone of that caliber, Amanda Gorman,” Davis said.

Davis said he’s humbled by the honor, and grateful for the spotlight it puts on the importance of higher education for underserved communities.

“One thing I want to do is make sure that I move forward to live up to this honor that has been bestowed upon me,” he said.