Hundreds of Dollars Worth of Christmas Decorations Swiped in the Night 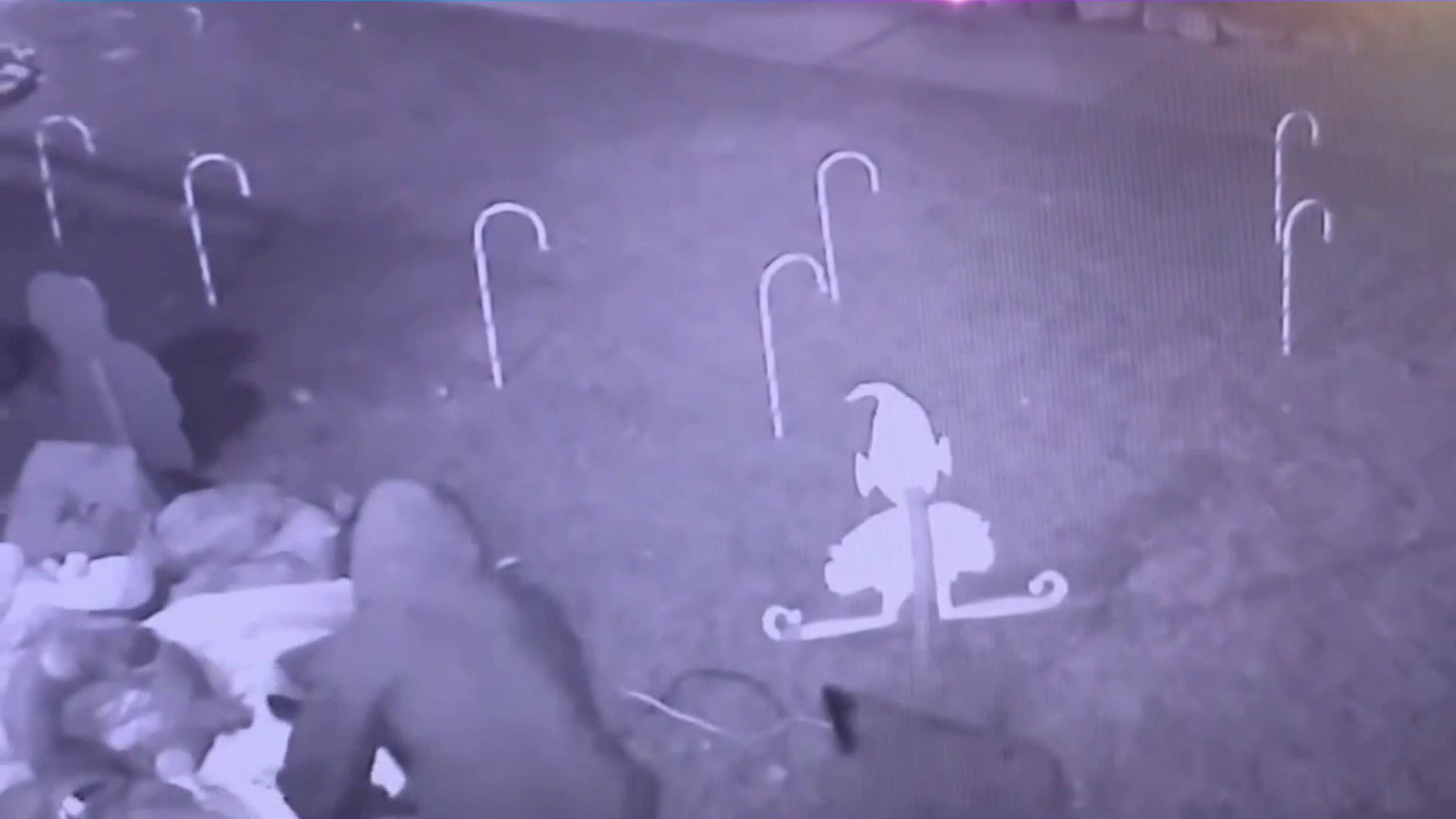 Surveillance video captured thieves wearing hoodies swiping hundreds of dollars worth of Christmas inflatable decorations in the dead of the night, leaving a Riverside County family disappointed and frustrated.

Some of the decorations were very expensive, and they are also very easy targets. That’s why Riverside police say homeowners need to make it harder for anyone to take them.

Steve Watson discovered them missing in the morning.

“I started to walk to the bathroom and I had to do a quick-take. And I looked back and said, ‘Where’s my inflatables?’” Watson said.

He said the thieves stole three of them.

But for he and his family, it’s not about the money. It’s about the memories that come with Christmas decorations because they’ve had some inflatables for decades.

“It just makes me sick. Why would you want to take someone’s family memories away?” Rachael Watson said. “Those are our memories. Those are our childhood memories.”

It also happened to Bob Schreiber. He lives about a mile away from the Watsons.
On Monday morning, his 6-year-old great grandson discovered that several inflatables had been stolen. One of his favorites, the Santa Claus riding a Harley, was gone.

“He didn’t cry, but you could tell he was very upset,” Schreiber said.

Riverside police said Christmas decorations are number one when it comes to holiday decoration thefts officers have some simple safety advice.

“If you can bring them inside or behind a locked gate each night, do that,” Officer Ryan Railsback said.

They also say use a chain or cable and lock them to a fence or post.

“It’s gonna make it harder for the criminal to take it right away,” Railsback said.

Watson also has some advice for the thieves who took his families Christmas treasures.

If you have surveillance cameras, make sure they are visible so crooks know they are being recorded.