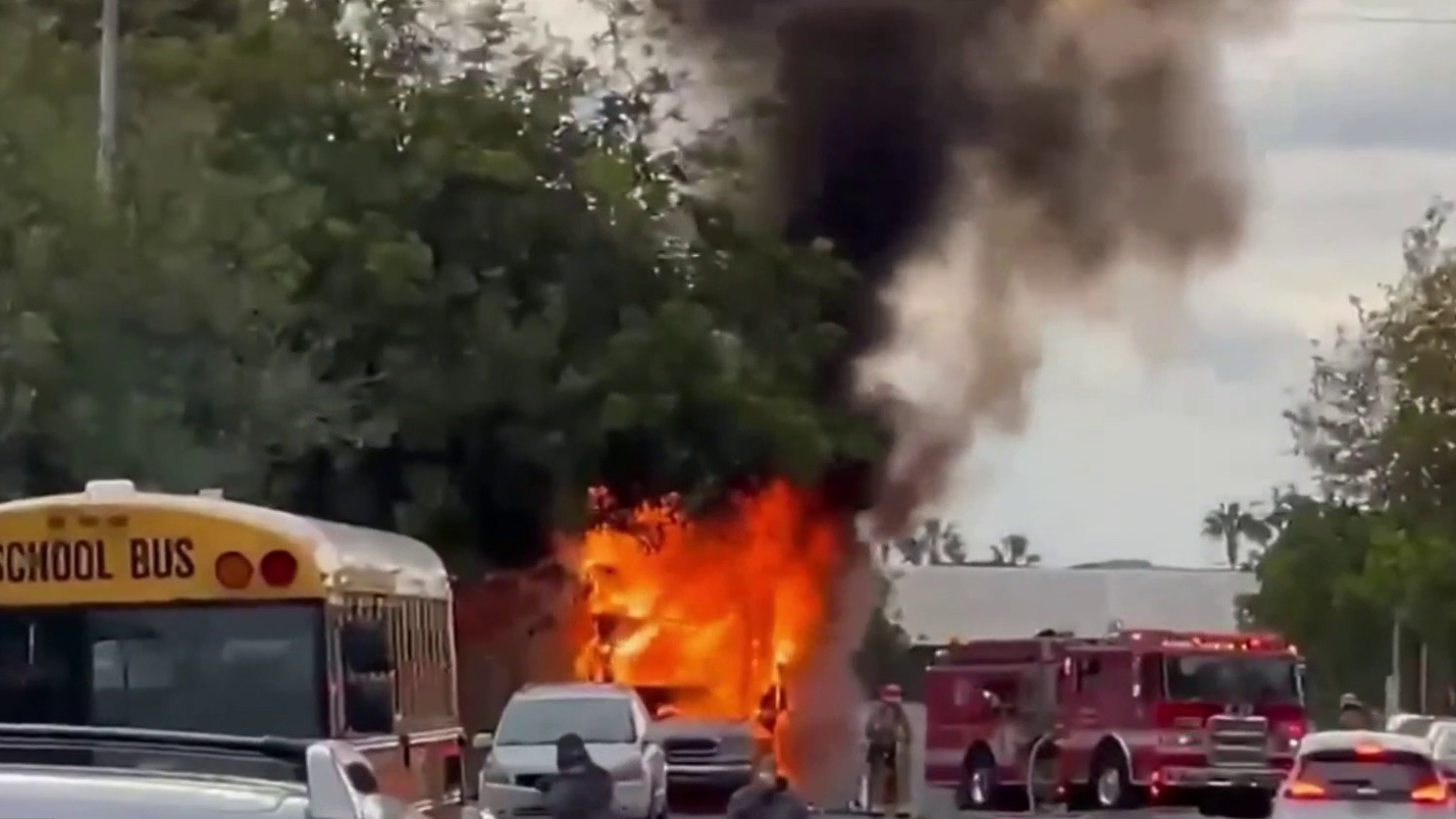 Parents in Playa Vista were once again horrified after an RV caught fire on the street near where a week before a man’s body was discovered as they took their children to school.

“Last week it was a tragic death. This week a fire,” said parent Brenna Vincent.

It’s a concern for some residents as well: encampments growing close to the campus of Westside Neighborhood School.

“It’s really sad to tell your child that these people are not being taken care of,” Vincent said.

“And just kind of shocked and took it as a learning moment, took the time to pray and make sure there was no one in there,” Paula Gerez of the neighborhood council said. “It just can’t go on.”

Gerez heads up a nearby neighborhood council. She spotted the smoke Monday and came to see what was going on. It turned out the burning RV was in the same location a week before when a body was discovered on the sidewalk.

“Since when did the rights of the unhoused supercede our children’s rights, the law-abiding citizens rights?” parent Jeremy Dicker said.

Some parents want the new city code that forbids encampments within 500 feet of school enforced. But they say their councilman Mike Bonin won’t support them.

“It just continues to fall on deaf ears,” Gerez said.

More than a week ago, Gerez said her neighborhood council sent a letter to Bonin asking for enforcement of the new law. So far, there’s been no response.

“He has not responded to any of our letters since we had him at our last neighborhood council meeting in March,” Gerez said,

In a statement from Bonin’s office Wednesday, he says he shares the concerns of parents and neighbors and he’s working to clean up the area, adding the permanent solution is housing, but that he’s still fighting opponents to his plans.

For the city’s part, there have been some scheduled cleanups in the area – one happened Wednesday. There are some neighbors here who say the city is doing as much as it can to try to curb this problem.