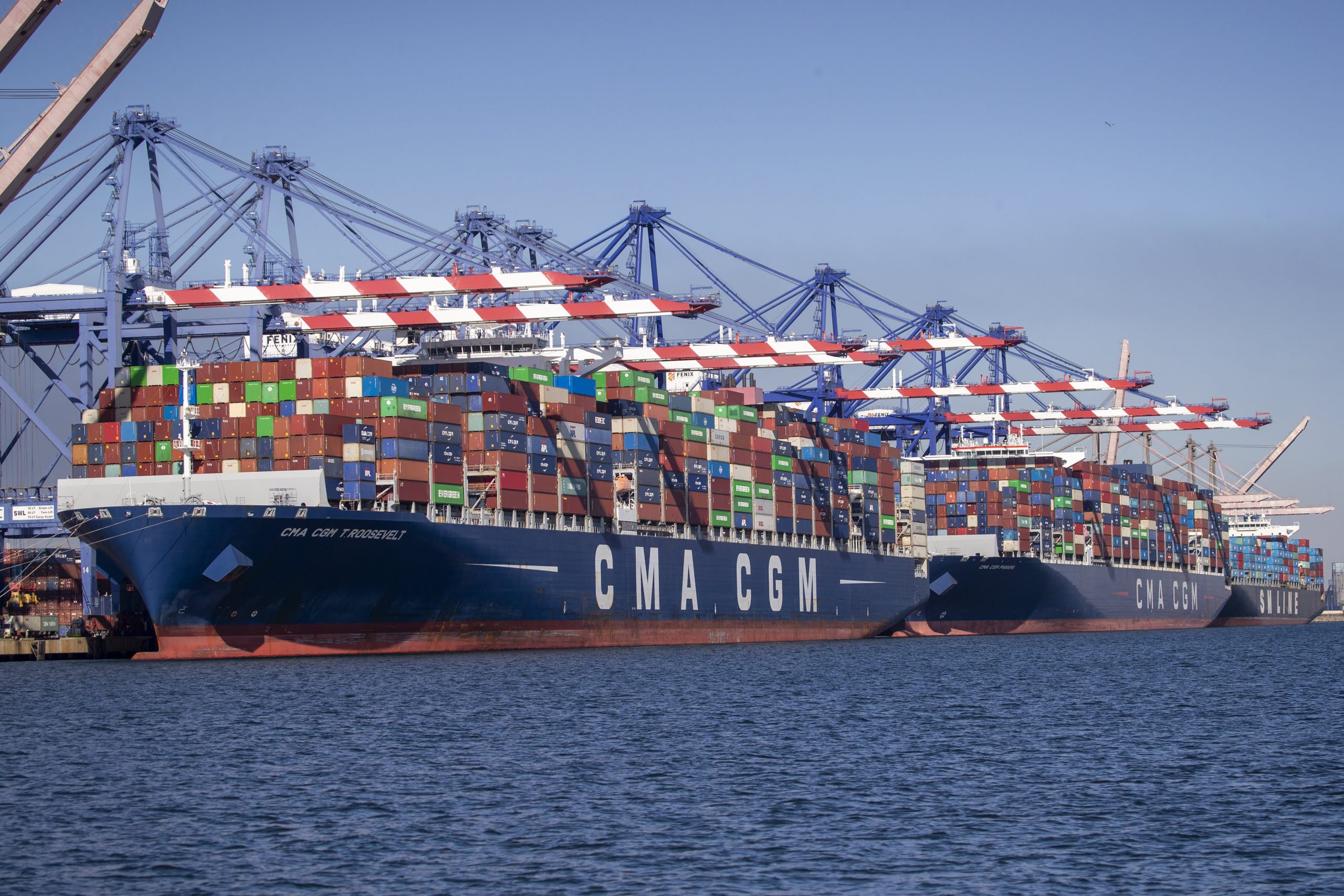 The ports of Los Angeles and Long Beach announced Monday that implementation of a Container Dwell Fee on companies whose import containers linger at marine terminals will be delayed again, with it now potentially taking effect if necessary next Monday.

The fee, which was proposed Oct. 25, has been delayed numerous times due to progress in reducing the number of port containers at the terminals — with the ports reporting Monday a 35% combined decline in aging cargo on the docks since the fee was announced.

Over the next week, port officials will monitor and reassess the fee’s implementation.

“There’s been significant improvement in clearing import containers from our docks in recent weeks,” Port of Los Angeles Executive Director Gene Seroka said Nov. 15, when the fee was first delayed.

“I’m grateful to the many nodes of the supply chain, from shipping lines, marine terminals, trucks and cargo owners, for their increased collaborative efforts,” Seroka added.

The fee is one of several efforts aimed at speeding the processing of cargo at the San Pedro Port Complex to eliminate a backlog of ships trying to deliver merchandise. Port of Los Angeles officials said when the policy was announced that about 40% of import containers were idling at terminals for at least nine days.

Harbor commissions for both Long Beach and Los Angeles unanimously approved the policy on Oct. 29, to be in effect for 90 days.

Fees collected from the policy will be reinvested into programs that aim to enhance efficiency, accelerate cargo velocity and address congestion impacts.

The policy to implement fees was developed in coordination with the Biden-Harris Supply Chain Disruptions Task Force, the U.S. Department of Transportation, the Port of Long Beach and supply chain stakeholders.

On Dec. 30, the Port of Los Angeles announced an additional planned fee on carriers with empty containers that linger for at least nine days on marine terminals. That fee needs to be approved by the Los Angeles Harbor Commission and would take effect on Jan. 30.