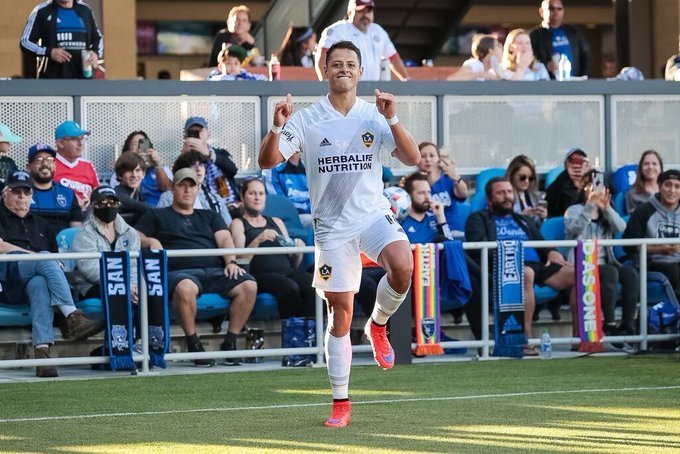 Hernández opened the scoring in the 11th minute with a charging run through the center of the area and a close-range volley to finish Samuel Grandsir’s well-placed cross.

Chicharito gave the Galaxy (7-3-0) a 2-0 lead in the 50th minute, tapping in Kévin Cabral’s cross for his MLS-leading 10th goal of the season.

The Earthquakes’ Florian Jungwirth scored an own goal in the 70th minute to make it 3-0 for LA. The Galaxy’s Cameron Dunbar forced the action with a low hard cross through the 6-yard box that diving San Jose goalkeeper James Marcinkowski slightly deflected, causing Jungwirth to misplay it.

Cade Cowell scored for the Earthquakes (3-7-1) in the 82nd minute. It was the 17-year-old’s third goal of the season and San Jose’s second goal in its last seven matches. San Jose went 0-6-1 over that stretch.