It’s a new year but one thing hasn’t changed and that’s the demand for COVID-19 testing.

Take-home kits are still hard to find at local pharmacies and most state and county testing facilities were closed Saturday because of the holiday.

Still there were some lucky few people in the East Bay who managed to find an open testing site – but it didn’t come cheap for those without insurance. 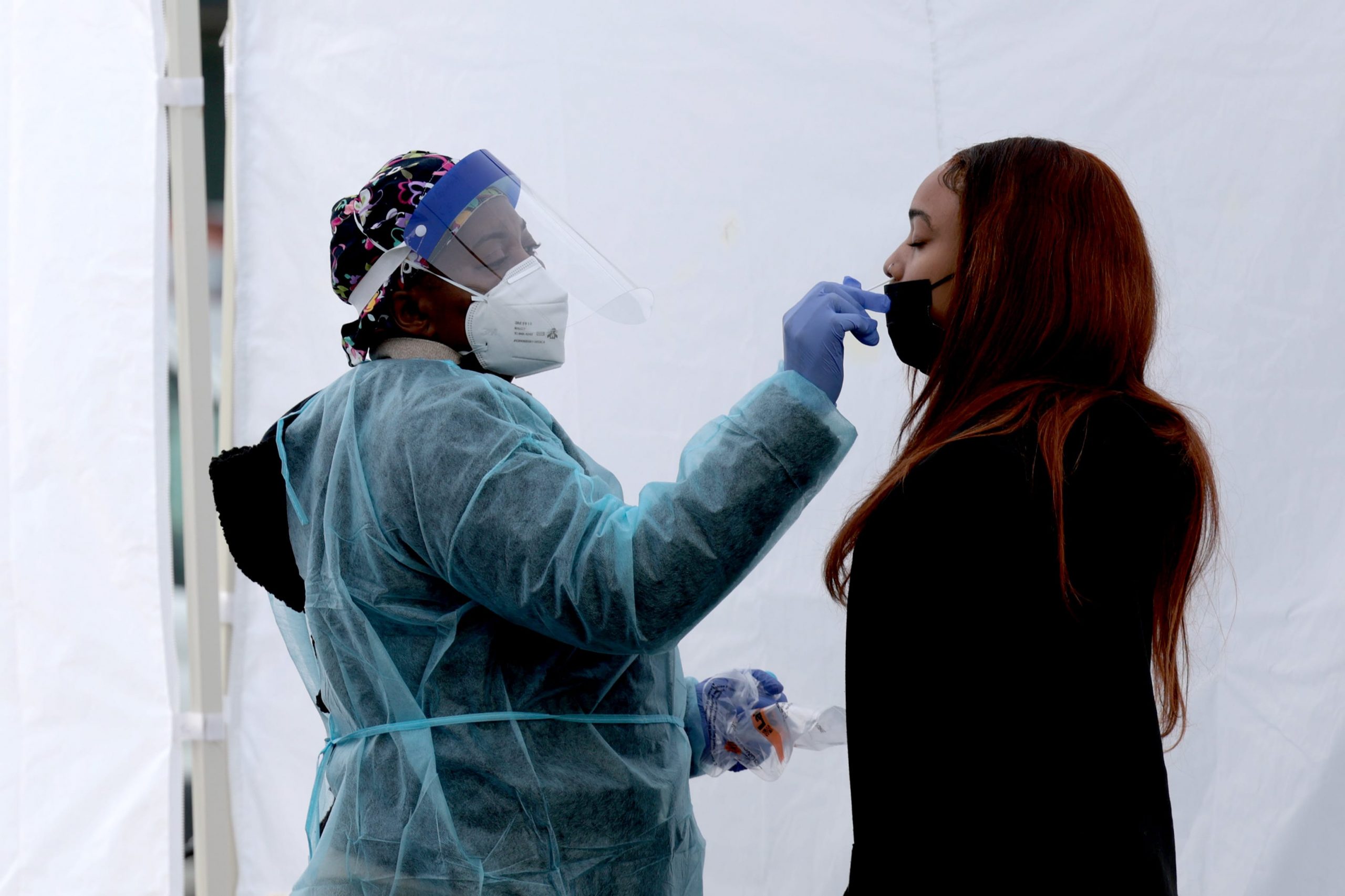 
Amid Another Covid Surge, Schools and Businesses Find Plans Disrupted Once Again

“I thought well in the interest of caution. It would make sense. A headache could be symptomatic,” he said.

Fischer wasn’t alone. There was the line of people outside an urgent care clinic in Oakland, who promised results within minutes.

“We just got back from New York two days ago and we’ve been quarantining ourselves and looking to get tested as soon as possible,” said Oakland resident Michael Schmaltz.

Amara Gebreyesus also went to the Oakland testing site, as he told NBC Bay Area’s Melissa Colorado Saturday that he is supposed to travel to his home country of Ethiopia on Monday to visit family whom he hasn’t seen in 6 years.

All that’s standing between Geybreysus and his flight – a negative COVID test result. The problem? Geybreysus said he doesn’t have insurance.

“This is the only place open. We went to several place to find it. We went to Highland Hospital. Today is the holiday. Its closed,” he said.

Colorado on Saturday looked up several Bay Area counties to see if there were any open COVID-19 testing sites on this holiday.

For example, Alameda County’s website to find free community testing sites – and under New Year’s Day – nothing. Over in Contra Costa County – the health services website says all county and state testing sites were closed Saturday.

“Tomorrow, I don’t know where we’re going to get it,” Gebreyesus said.

Rapid take-home tests kits are just as hard to find. A CVS location in Oakland was out of them. A sign on the door of a Walgreens location in San Leandro said the pharmacy was closed.

As for Fischer, he said his 2022 is starting off on a positive note for him.

“I just learned that my rapid test is negative, which is great news,” he said.

Get the latest news on COVID-19 delivered to you. Click here to sign up for our daily coronavirus newsletter.